This summer, rapper, composer, and critic Jazz Stewart released Face The Sun. This is my (re)view of it. 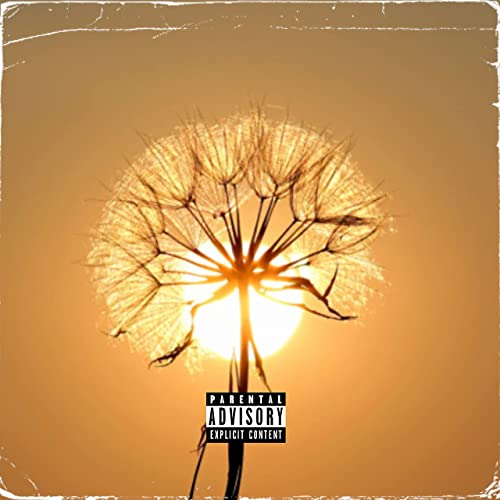 The exciting revelation of Face The Sun is that I do, in fact, love rap as a form. I’ve always been attracted to the concept of rap: As a craft it's playfully engaged with language, rhythm, meter, phonetics—all things I love. Despite this, rap has rarely ever clicked for me, so my hip-hop consumption has historically been focused on the beats. I used to love getting lost in moody loops and stylish samples looped over hip-hop drum beats, and I felt lyrical content got in the way of that. I had a big Nujabes phase (preferring his instrumental tracks) in the early 10’s, my moodiest years, and went on to devour the library of Bandcamp jazz-hop producers inspired by him. Once my mood started improving, I lost my motivation to seek out those vibes; city pop replaced jazz-hop as my main musical interest by the advent of the “lofi beats to study/relax to” era.

Face The Sun persuaded me to turn back around. All the pieces that never seemed to fit quite right before snapped together in Face The Sun, adding up just how I always thought they should and couldn’t understand why they didn’t. It might be that I needed time to mature before I could connect more deeply with rap, to learn to be patient with lyrical material that was a little opaque to me, to unlearn some of the internalized racism that so often colors relationships to the form (those still unaware should note that I’m both black and white). It might also be that Jazz Stewart is really, really good at what they do.

If you read my RPG writing, you might have noticed I'm obsessed with form and structure. I'll start here, both because it's the core of my comfort zone and because Stewart's work is wonderfully attentive to it. Naturally, rap is always engaged with questions of structure on the level of meter, rhythm, rhyme... But it's clearer than ever to me in Face The Sun, which is always finding new things to do within and across the structures it deploys. Carefully placed shifts or deviations in rhythm between lines within the same scheme, in meter between schemes in the same verse, in emotional tone between verses of the same track, in song structure, vocal style... These constant mixups are obviously beneficial to flow and pacing: Variations come at all the right moments, keeping me on my toes, hitting unexpected notes, always appearing effortless. But more than that, these ruthless, ambitious turns generate a sense of constant motion, constant change, reflecting in them the same resolutions made explicit in Sprout and echoed all throughout the album. Stewart has committed to life and growth, to doing the most and never holding back; that this commitment extends even to the structural level underscores how seriously they take it.

The commitment is inseparable from the enormous range Stewart demonstrates as a songwriter and a vocalist. Not only do we see so many sides of the artist, but each one comes through crystal clear as Stewart finds the right vocal mode, emotional timbre, and subtle tics and tweaks of delivery to bring across the spirit of every phrase. The song “MANIA” (a front gunner for the album’s strongest track) serves as a great microcosm of Face The Sun’s range of strengths, showcasing various states of a simmering frustration that struggles to be subdued in the first verse (appreciate the sputter on “flex”), rests at a controlled simmer in the chorus, boils over unexpectedly in the killer second verse, and sees a cathartic, belting release as the final verse opens. And this doesn’t even get at each section’s internal dynamics: again, constant motion, constant change. No description can substitute for hearing it, so you might as well just listen. Then contrast this picture with the laid-back locomotion of “Cruisin'” (immediately previous on the album) and the gushy, lovestruck melodies of “THAT'S LOVE!” (immediately following), both of which songs are just as full and vibrant and varied themselves, and a sense of Stewart’s range should begin to emerge. There's no leaning on any one strength here—Face The Sun can do it all, and does.

Witnessing these formal and technical strengths is satisfying in itself, but they further serve as bones to support the emotional heart of Face The Sun. I should stress that Face The Sun is a tremendously personal album. It keeps its heart pretty close to the surface the whole way through, but in general the "harder" tracks are in the first half while the second half demonstrates greater and greater vulnerability, with “MANIA” bridging the gap with shades of both (“the sun gotta set...”). This division gives Face The Sun time to earn our confidence. When Stewart adds cheesy-doofus-in-love to their self-portrait in “THAT’S LOVE!”, we can trust that it's genuine because they've already demonstrated (including through their craft, structure, and delivery, as I’ve described) that they aren’t here to hold back. Rather than presenting a persona that’s untouchably cool in romance or making a big performance of cosmetic sentimentality, Stewart in “THAT'S LOVE!” knows they’re being cheesy, and they are a little self-conscious about it. But they don't let that self-consciousness stop them from admitting how deeply and tumultuously they’re affected by love; instead they put their whole cheesed-up heart on display to celebrate both the thrills of romantic adventure and the guts-out fragility that comes with wanting someone so bad. The first time I really connected to the album, it was around here that I started to tear up. I don’t know if there’s another love song I can say that about.

And although the album passes through some dark places, dawn comes again in the final track, also titled “Face The Sun”. A man-to-man address from the artist to a kid brother... For all the same reasons Stewart’s disclosures in “THAT'S LOVE!” feel so real, their voice cracking as they implore their siblings to fight the fight of thriving while black and become their brightest, happiest, most brilliant selves lands as earnest and unforced. It reminds me of my own older brother (white), 10 years my senior, whose love and support shone through even when his life led him to dark places (in fact, it shone all the brighter for it). But it also conjures up the phantom love of my mom (black), now long deceased, whose own voice I can faintly recall cracking as she voiced similar wishes for me. Even though the securities of my light skin, ostensible maleness, and middle class opportunity spare me much of the worst the world threw at her, black hope in many ways made me and represents a torch that, she once impressed upon me, I'm responsible for carrying. Being relatively disconnected from my remaining black family, and totally from any black community beyond that, it’s been easy for me to miss that this torch is a shared charge. Part of what shakes me up so much in “Face The Sun” is the reminder that there’s something bigger out there I'm connected to, a star of black love, hope, strength, and ambition that, when I turn to it, I recognize like a mother's face, because it made me, and even this far away I can still feel its light on me. My experience of blackness might not look like most others, but facing the same sun I remember that that connection is more than a technicality.

Of course, that's a lot of myself to project onto someone else's personal music about their own family. Who knows, maybe I have no place to say these things. Today, I’m trying it.

In any case, Face The Sun reaches some deep parts of my heart, and its success in that is a product both of the artist's commitment to unflinching self-exposure and the attentive work of craft that brings those vulnerable feelings through the air waves and right through my defenses. It also slaps—even if it hadn’t stirred anything up in my heart, it would still be a joy to listen to on the strength of its sound. But with so much heart on top of, underneath, and intertwined with that sound, I can speak to few works in any medium that felt like a clear and pointed victory on as many levels as this record. Whatever your own history with hip-hop, I give Face The Sun my unconditional recommendation.

Face The Sun is available on Spotify, Youtube, and more.
For more from Jazz Stewart, you can follow their Twitter.
For their game composer work, you can check out the Knight Bewitched OST or peruse their Soundcloud.